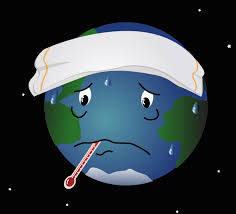 Global warming had an amplifying presence over the years, with the effects affecting all of us greatly in our daily lives. Global warming refers to the increase of Earth’s average surface temperature due to the emission of greenhouse gases, such as carbon dioxide emissions from burning fossil fuels or from deforestation, which trap heat that would otherwise escape from Earth.

The average surface temperature of the Earth have been increasing throughout the years. There has been an increase by 0.74 to 0.18 degress over the period 1906-2005. One major consequence of global surface warming is the melting of ice caps at the poles, which has been contributing to the increase in sea level over the years. This is particularly important because a significant percentage of inhabited land areas are actually lying just above the sea level. If the trend continues, many of countries will be in turmoil , Eg, Venice