To reduce the complexity of the design, and make it modular, it was decided to separate the functions on two different types boards. First, the Microboard, which is a sound capture device performing eight channels of digitization and offering a serial data stream, and second a Motherboard which captures and formats data from the eight Microboards and sends the resulting sixty four channels as a UDP packet stream via Ethernet a Data Flow Client for processing. This architecture is shown at a high level below:

The Motherboard is connected to 8 of these Microboards via cables, and has an FPGA as its main processor. It also has support logic to provide:

More information about the microphone array is available from the download section. 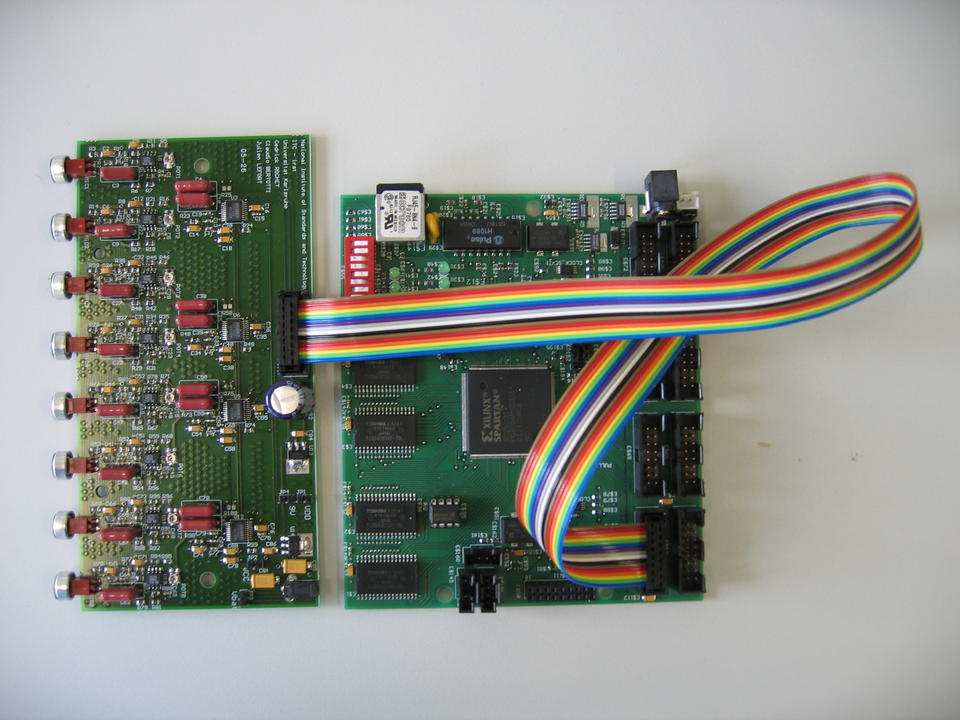 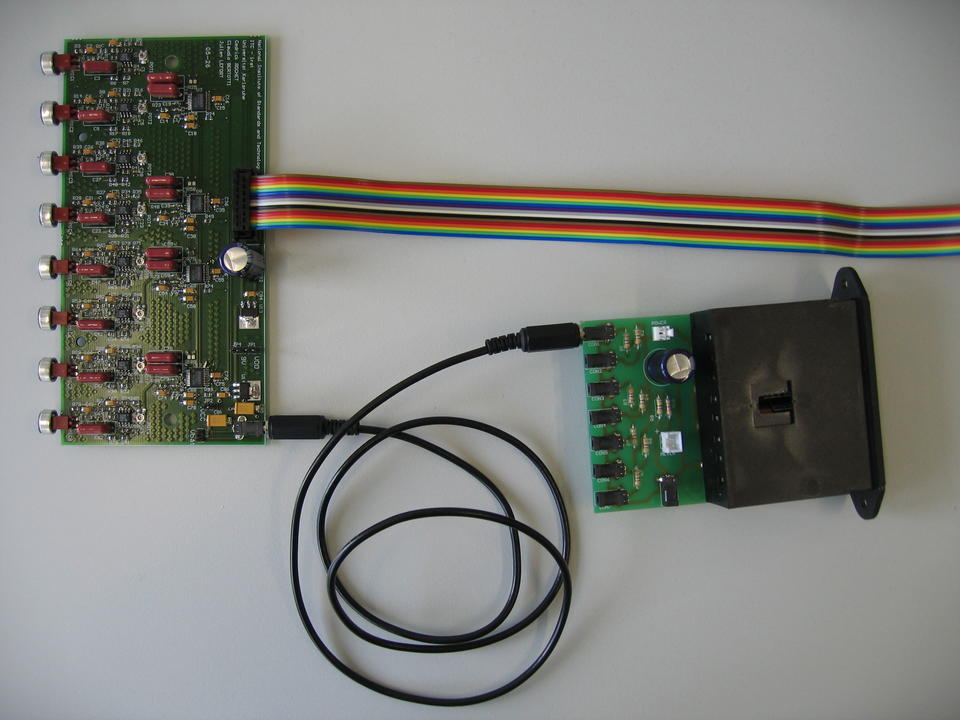 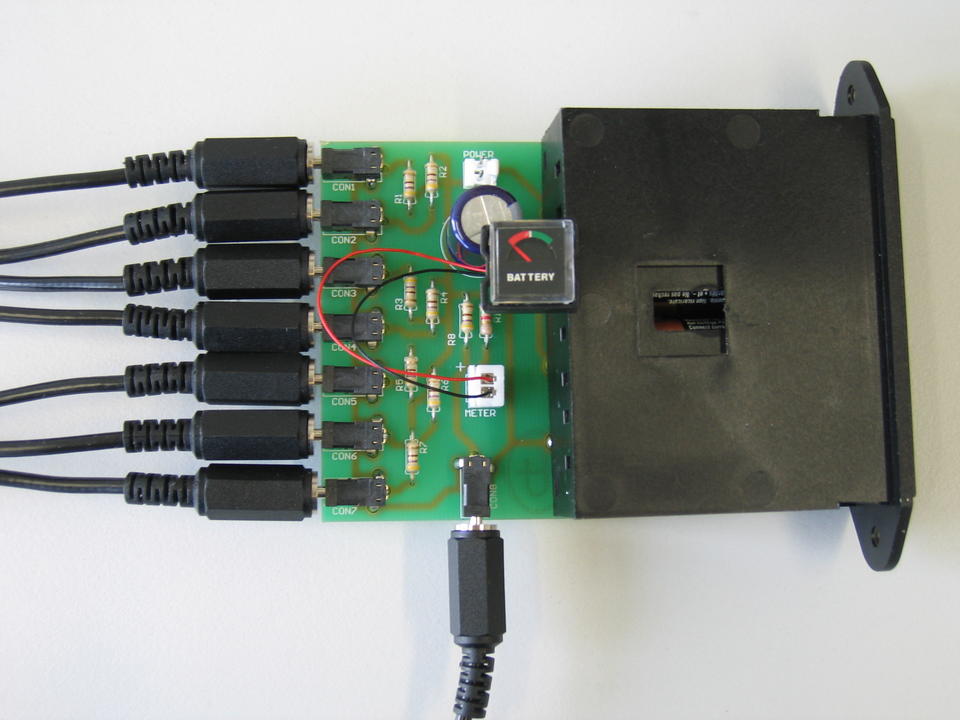 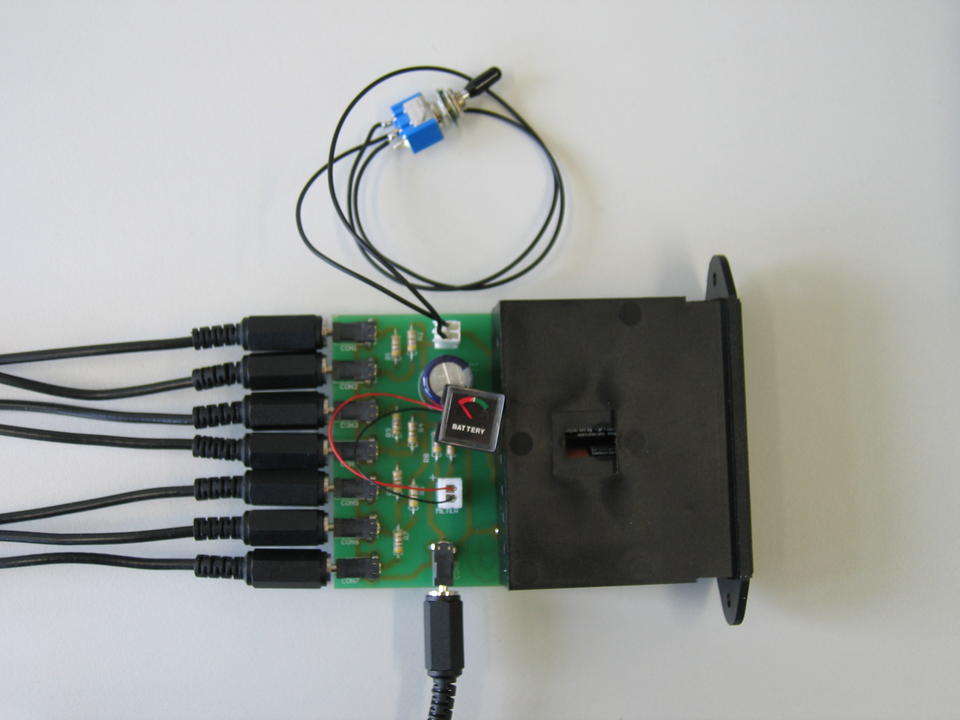 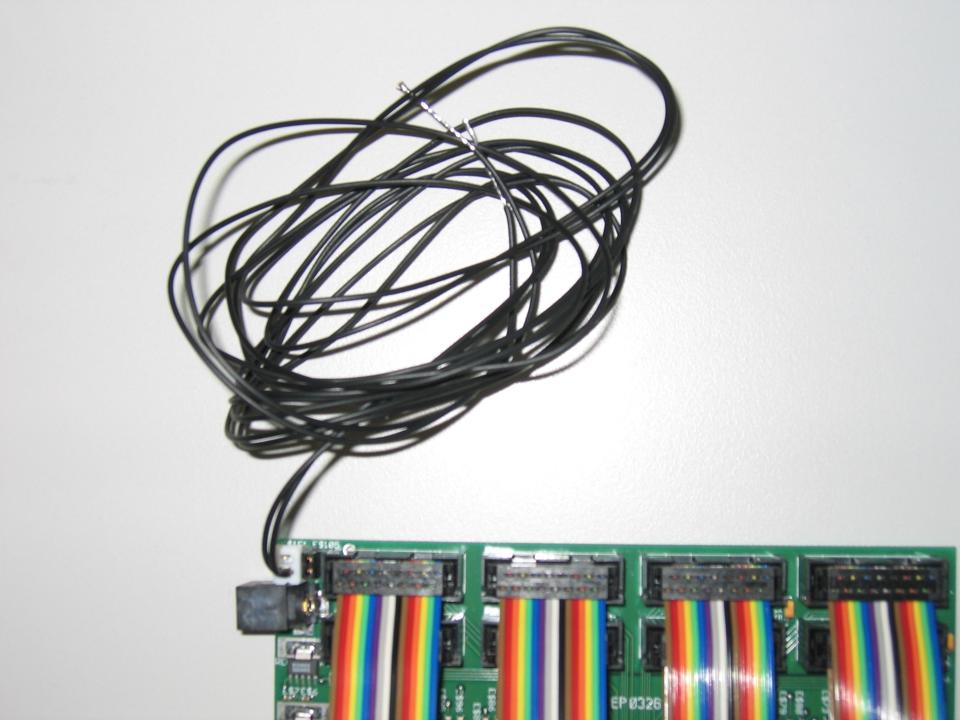 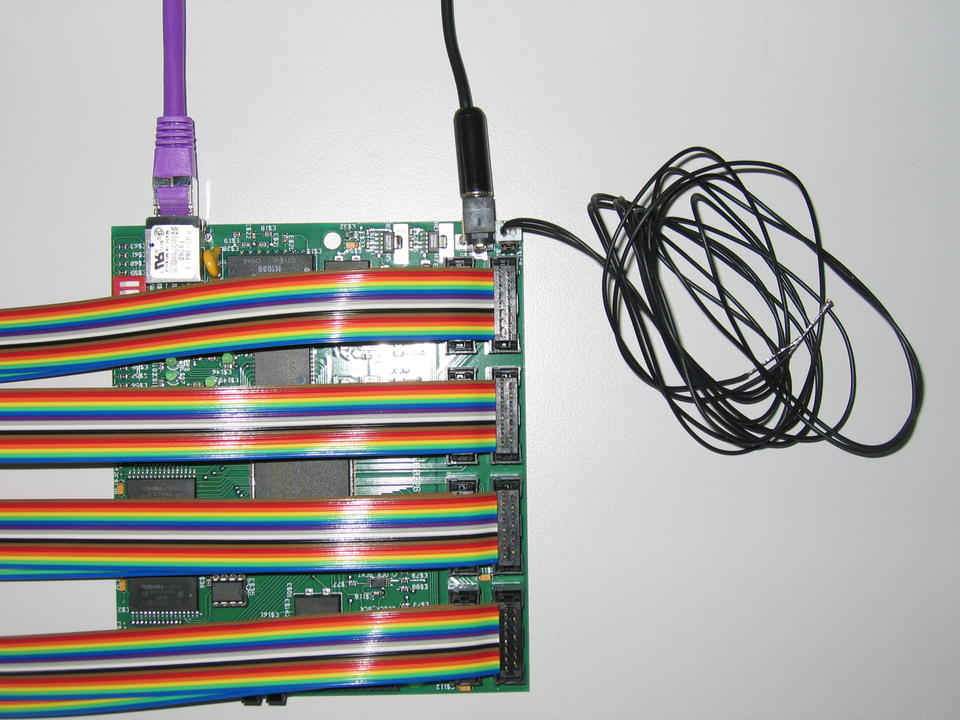 The step 01 and 02 have to be repeated 8 times for each board. BE CAREFUL there is an order to put the cards (cf user manual). the whole system should be tested with the digital oscilloscope provided below.

In the service of the NIST mission to facilitate industrial advanced technology development, we focus on measurement science and standards development. Since the Smart Spaces of the future will require sensor based interfaces, particularly audio based for speech and speaker recognition, we have developed a signal-to-noise measurement method that will allow more precise measurement of speech signal strength in relatively high background levels. This is designed to facilitate the development of noise reduction algorithms as applied to speech acquired from a variety of sources including microphone arrays.

Broadly, speech is composed of voiced and unvoiced parts, for example the word six being spoken as a phonetically as the four phonenems /s/ /ih/ /k/ /s/, with the two /s/ phones being unvoiced, and having a much lower volume than the /ih/ phone.

These mixtures are estimated using the classic Expectation Maximization technique, but modified to reflect a constraint that all of the means are equal and zero. We provide a highly optimized C-language implementation of this estimation algorithm as part of our open source toolkit. We take as the SNR estimate as the ratio of the smallest standard deviation to the largest on the decibel scale of 20*log10(s/n).

The pictures show the SNR algorithm estimates of the component standard deviations, from a single microphone and our microphone array. We can see that we go from nine to twenty-one db in the same setting using a delay and sum beam former, and a codec filter that limits the frequency from about 100Hz. to 8,000Hz. 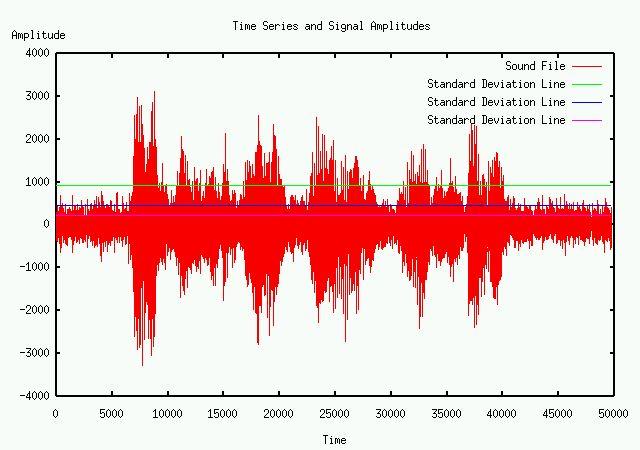 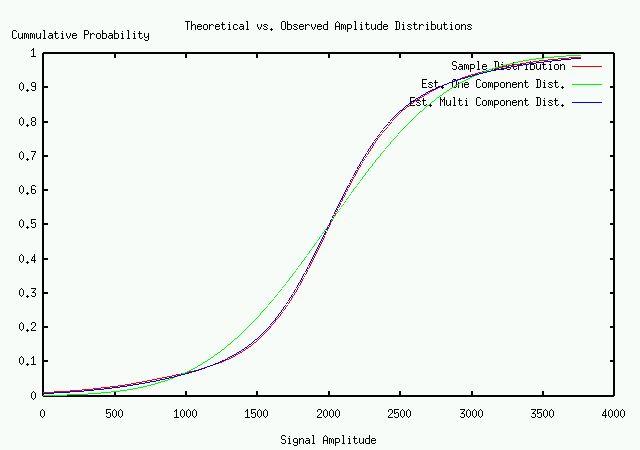