When it comes to wild caught or captive bred fish, it often ends up in a long debate. People usually carry a negative connotation to anything that is taken from the wild. However, this may not be the case for every instances. We aim to help you understand the situation better. 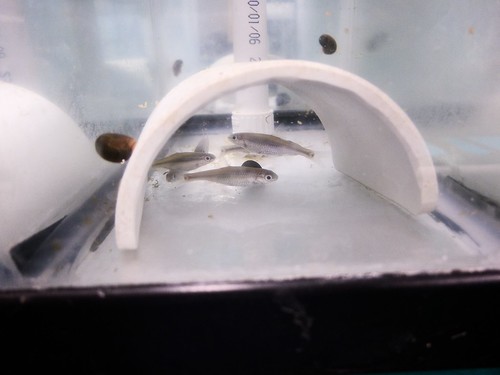 Firstly, let’s define what it means to be wild-caught and captive-bred. Captive-bred fish are fishes that are bred in captivity. Some of these captive-bred fish are caught from the wild as it has to start somewhere for the rest to breed. It includes those from large commercial farms to hobbyists breeding of fish in their own homes. Most of the “bread and butter” fish are bred in captivity such as guppies, mollies, and Siamese fighters. Fancy goldfish are also captive-bred as these species no longer exist in the wild.

Now, let’s access both the advantages and disadvantages of wild-caught fish and captive-bred fish.

Firstly, wild-caught fish often lead to overexploitation of the freshwater fishes and damage to the wild populations, while captive breeding can help to ease the pressure on the wild populations and curtail the demands for wild specimens. A few examples of such will be elaborated here.

Next, the aquarium trade is economically beneficial to the local human population in some areas if the resource is managed properly and sustainably. A lot of species have gone into extinction due to the overexploitation which can be explained by the tragedy of the commons. However, these can be managed with the help of governmental laws, managing of local communities by educating them with sustainable methods without decreasing their incentives and income. On the contrary, captive breeding does not provide any income for these fishermen. If the aquarium trade does not benefit them economically, they will source out other alternatives to earn their livelihood which can be devastating for the environment. In less developed countries which most of Southeast Asia countries fall into, the locals will have to turn to farming or working in goldmines. These are both environmentally undesirable industries. In worse cases, the locals have to live in poverty.

There are many factors to consider whether it is absolutely bad to catch fishes from the wild or if captive breeding is the only solution to conserving the wild population. What if with a deeper understanding of the issue and conservation efforts and educating ourselves with the relevant knowledge of the species and aquarium trade, we can all play a part in conserving the wild populations?