The  Asian Arowana is native to Southeast Asia, inhabiting blackwater rivers, calm waters in forested swamps and wetlands. As they are incapable of inhabiting in the oceans, they are mainly found in Indonesia (Kalimantan and Sumatra), Vietnam, Myanmar, Thailand, Cambodia and Malaysia. This species possess all the features of the Category III species which includes its high demand, high value and its initial abundance in the wild. Its low fertility, oralbrooding habit and open-water breeding attributes cause it to be a target for over-exploitation and possible extinction. 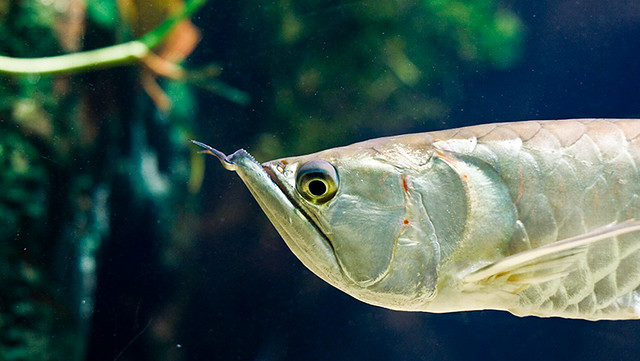 Arowana by Audesou, from Flickr.com

Familiar and popular to the Chinese culture, these species is significant in meaning in the Chinese. They are symbols of good luck and prosperity, resembling the Chinese dragon. Additionally, their red and gold coloured body is associated with positive Feng Shui which makes these fishes very popular for aquaria. In popular Asian Chinese beliefs, it is said an “auspicious” fish like the Arowana is needed to balance the yang energy in the water and that it can preserve its owner from death by dying itself. Many affluent businessmen were paying high prices to own an Arowana as a good luck charm to bring them prosperity. With such superstitious cultural beliefs, it is no wonder that the Asian Arowanas are facing endangerment.

These species are territorial and dispersed widely around; they do not migrate or congregate when breeding, hence reducing the risks to their populations. Its turnover rate is low compared to species like the Bala Shark as they are considerably long-lived fishes that adapt well to captivity. Even so, the expeditious development of the trade called for attention to the threats displayed to these species. In 2006, the Asian Arowana is listed as endangered by the International Union for the Conservation of Nature (IUCN) Red List. The international trade of these fishes are also controlled by the Convention on the International Trade in Endangered Species of Wild Flora and Fauna (CITES). Furthermore, most countries, though often at face value only, attempted to curtail the trade.

In western Kalimantan, Indonesia, extensive farms have been built where successful breeding of the Arowana has been established. Locally, Rainbow Aquarium Pte Ltd has effectively spawned the second generation of the this species and the Primary Production Department (PPD) of Singapore has also controlled the sale of this species. Though micro-chip has been implanted into these Singapore offspring aids to identify the legal stocks in the Aquarium trade, wild specimens still fetch high prices and are in high demand as captive bred stocks are incapable of meeting the demand. Therefore, a pervasive illegal trade is still ongoing.

With time, technology and commitment of fish breeders, it is possible to head towards full commercialisation of breeding Arowanas in farms. Perhaps in 10 years time, there will be no need for the harvest of wild stocks.